What it Means for California Nonprofits 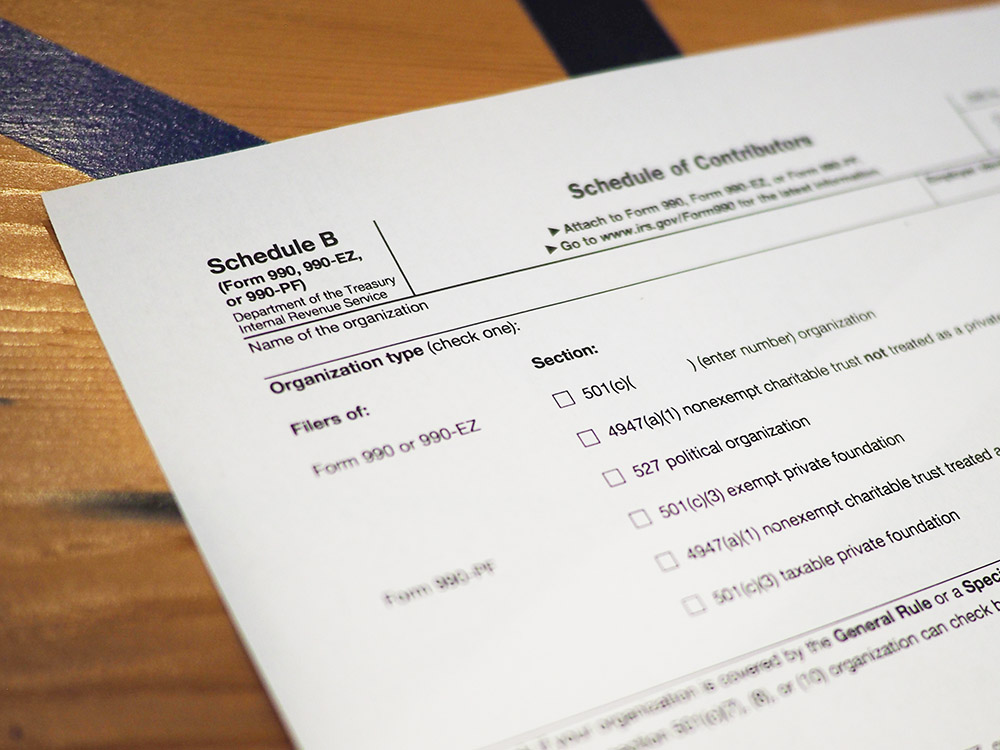 On July 1st, 2021, the Supreme Court ruled in Americans for Prosperity v. Bonta1 that California’s charity donor disclosure requirement is unconstitutional. The ruling will impact charities’ filing requirements with the California Attorney General’s Registry of Charitable Trusts—and may later affect their Form 990 tax filings with the IRS.

California law requires charities to register with the California Attorney General’s Registry of Charitable Trusts.2 The Attorney General requires charities to renew their registration and file copies of their IRS Form 990 tax returns.3 Schedule B to Form 990 requires organizations to disclose the names and addresses of donors who have contributed more than $5,000 in a tax year.4

After unfavorable rulings by the Ninth Circuit Court of Appeals, the organizations appealed to the Supreme Court, who decided to hear the Case. It released its decision on July 1, 2021.

The First Amendment prevents the government from “abridging the freedom of speech, or of the press; or the right of the people peaceably to assemble, and to petition the Government for a redress of grievances.”

The Supreme Court has long held that associating with others to advance a cause is protected under the First Amendment.12 The Court has also held that when governments require disclosure of group affiliations, it “may constitute as effective a restraint on freedom of association as [other] forms of governmental action” because of fears of reprisals against group members.13

A 1958 case, NAACP v. Alabama, teaches us why associational rights are crucial.14 In that case, the NAACP set up an office in Alabama to support racial integration. NAACP members were threatened with economic reprisals and violence, and the Alabama Attorney General sought the group’s membership list, trying to force the group to leave the state.15

When a government entity compels disclosure of a group’s membership, it must be “narrowly tailored” to achieve a “sufficiently important” government interest.16

The California Attorney General argued their office needed to collect donors’ identities to prevent wrongdoing by charities, such as fraud or misappropriation of charitable funds.17 The Court, however, disagreed:

[T]here was not “a single, concrete instance in which pre-investigation collection of a Schedule B did anything to advance the Attorney General’s investigative, regulatory or enforcement efforts.” […] In reality… California’s interest is less in investigating fraud and more in ease of administration. This interest, however, cannot justify the disclosure requirement.”18

The Court went on to hold that collection of Schedule B information was unconstitutional in all instances because the “widespread burden on donors’ associational rights” is not justified by the program being narrowly tailored to investigate wrongdoing or the Attorney General’s interest in “administrative convenience”.19

What this Case Means for California Charities

California charities will no longer be required to file IRS Form 990 Schedule B with the California Attorney General when filing their annual Form RRF-1. In other words, their donor list may remain private.

However, this ruling does not affect any other state filing requirements. Charities must still complete all their required periodic filings with regulatory entities such as the IRS, Franchise Tax Board, California Attorney General, and the California Secretary of State.

Does this Case Spell the End of Schedule B Altogether?

Although Americans for Prosperity v. Bonta applies only to the California Attorney General’s practices, it could be applied in the future to the IRS practice of collecting charities’ donors lists on Schedule B. But that has not happened yet.

The Court in Americans for Prosperity v. Bonta left the question open:

A charitable organization could use Americans for Prosperity v. Bonta to challenge the IRS practice of collecting donor information.

However, the IRS likely has stronger arguments for collection of donor information than the California Attorney General did. For example, the IRS could argue it needs donor information to verify that a charity meets the “public support test” to maintain its tax-exempt status under Section 501(c)(3).23

A legal challenge to the federal practice of collecting donor information seems almost certain, and it will be interesting to watch.

For more information on the Supreme Court ruling on California’s nonprofit donor disclosure requirement and how it impacts your nonprofit organization, contact Tuple Legal.

Tuple Legal helps you achieve positive change for your cause and your community. Whether you’re looking to start a new California nonprofit, find counsel to help file your nonprofit’s IRS tax filings, keep your activism program compliant, or make governing changes, Tuple can help.