In 2019 and 2020, Ryan had the privilege of serving as General Counsel to the Tom Steyer 2020 presidential campaign. In that role, Ryan reviewed hundreds of contracts governing the campaign’s $352 million budget and operations in 45 field offices in 11 states. Ryan ensured the campaign met all its legal obligations to obtain access to ballots in all 57 states and jurisdictions. Ryan also led employee compliance workshops and reviewed thousands of campaign communications.

Ryan has served in leadership roles for several progressive organizations. He was a fellow and board member of New Leaders Council, a group that supports progressive social entrepreneurs. He served on the board of the San Fernando Valley Young Democrats. Ryan got his start in politics by helping to build one of the largest and strongest College Democrats clubs in the nation. 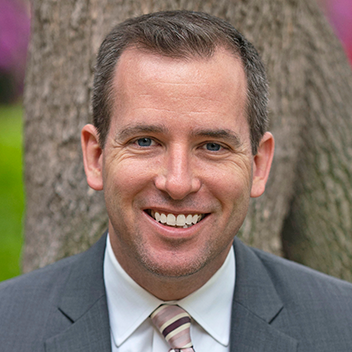 Tuple Legal recognizes that maximizing profits should not be the sole consideration of a business. To that end, this law firm endeavors to give back, have a neutral effect on the environment, and make sure it utilizes vendors who treat their employees fairly.

Attorneys in California are encouraged to volunteer 50 hours of pro bono legal services per year. Ryan’s contributions are as follows:

In 2017, Ryan volunteered over 50 hours to help get a child out of a dangerous custody situation.

In the wake of the #MeToo Movement, Ryan researched and published a memo detailing 25 years of the Legislature’s handling sexual harassment settlements. The memo generated public discussion on the problem and moved the needle on reform in the State Capitol:

New research shows the California Legislature has paid out at least $1.9 million over the past 25 years to settle sexual harassment claims, all of that taxpayer money.

The research comes from Tuple Legal, a firm founded in 2017 by attorney and former Democratic Capitol staffer Ryan Hughes. He arrived at the number by compiling information from case settlements, court filings and media reports. He found the Legislature paid out an additional $306,000 for cases that may or may not have involved sexual harassment.

KQED
With a new report showing that the Legislature has paid nearly $2 million worth of taxpayer money to settle sexual harassment claims over the past 25 years, there’s truly no excuse for Sacramento not to adopt basic protections for everyone who works under the Capitol dome.

The research released this week by Tuple Legal, a nonprofit law and political research firm, details the past 25 years’ worth of only known, formal settlements. But that is damning enough.

The legal profession is not an industry that is kind to the environment. Tuple aims to do it differently.

Tuple prints as little paper as possible, and when printing is necessary, Tuple uses only 100% post-consumer recycled paper. It’s right for the environment, and the higher price discourages needless printing.

Tuple is conscious of its vendors’ employment practices. Only union printing shops print Tuple stationery. The company hosting this website is employee-owned.