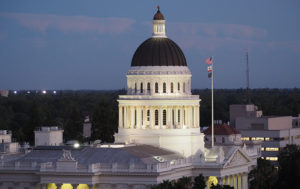 The renewed attention to sexual harassment in the State Capitol1 includes scrutiny of settlements made by the California Legislature for harassment. Reports on those settlements have been wildly inconsistent, to the point where media outlets widely disagree on even the total sum of payments.2 3 4

Tuple Legal obtained and reviewed settlement records, court filings, historical news reports, and other documents to compile a database of the Legislature’s sexual harassment, sex discrimination, and gender discrimination settlements from the past 25 years.

This memo has two purposes:

This memo does not account for the thousands of sexual harassment incidents in the State Capitol that have gone unreported. Nor does it account for complaints of harassment that did not result in a settlement. It only accounts for those incidents that resulted in a formal settlement.

The Legislature has paid out at least $1.9 million for sexual harassment complaints in the past 25 years. In 2017 dollars, the amount is $2.8 million.5

In many cases it is not possible to verify that employees’ settlements involved claims of sexual harassment; they may have or may not have. In those uncertain cases, the Legislature paid out $306,000 over the past 25 years. In 2017 dollars, the amount is $360,000.

“No-reemployment” Clauses May Be Particularly Burdensome to Capitol Victims

Many of the settlement agreements Tuple Legal obtained contain a “no-reemployment” clause, which prevents victims from seeking employment with the Senate or Assembly in the future. Attorneys include those clauses in employee settlement agreements to keep disgruntled employees from obtaining settlements, subsequently reapplying for hire, and making a second claim against the employer for misconduct in the later employment application. (Though, the 9th Circuit Court of Appeals has called validity of those clauses into question.6)

Use of no-reemployment clauses may be appropriate in some employee separation agreements, but routine use of them for sexual harassment victims in the Capitol may be particularly burdensome to the victims. Employment positions in the Senate and Assembly represent a large portion of state-level political and policy jobs. Being banned from one of the chambers creates a significant disadvantage for political and policy staffers who endure sexual harassment.

Many of the Legislature’s settlement agreements contain confidentiality clauses that purportedly bind legislative houses and aggrieved employees from disclosing the terms of a settlement. These clauses provide very little actual confidentiality.

The Legislative Open Records Act does not protect settlement agreements from public disclosure.7 Any member of the public may request and receive a copy of them. The only redactions in disclosed files are for signatures–not employee names. That is how reporters most often obtain and write stories about settlements. Settlements can generate media coverage of employees even in cases where reporters only know that an employee received a settlement–and no information as to why.8 As noted in the next section, settlements rarely name alleged perpetrators, thereby leaving only victims’ names in media reports.9

Including Only Limited Details in Settlement Agreements Shields Harassers from Scrutiny, Making the Legislature Complicit in Sexual Harassment Behavior

This practice effectively shields offenders from scrutiny unless details of a given matter are leaked to the media or filed with another governmental agency 11 In other words, our Legislature is doing what it can to actively hide harassers.

This table includes all known instances of employee settlements that involved a claim for sexual harassment. Use the plus icon (+) to view detailed information on a given settlement, including gag clauses12, no-reemployment clauses, information on whether an employee was moved to another office in the Capitol, and attorney fees.

This table lists details of employee settlement agreements that may or may not have included elements of sexual harassment. The records available are not complete enough to conclude one way or the other.

Dec. 6, 2017: Edited claim against Rusty Areias (D) and John Barry Wyatt for clarification that harassment charges were leveled against Wyatt.